The Man from Milton Keynes

Well now.  These are some of the ostensibly humourous songs I have written and sung over the past forty odd (and some of them were very odd) years.

I am proud to say that only about three people ever found the Man from Milton Keynes funny, one of them is dead and one of the others is me, but here it is anyway…

Some of these were written and recorded long before the advent of digital recording, so the quality is a bit up and down but, as people still ask me for a CD with them on, here they are.

Pete Booth wrote most of Glow Daisy Glow but I forgot half of it so had to make the rest up, so it’s a sort of joint effort - and I stole Teddy Bear’s Rave-up and Drown my Cat from Tony Light, and have no idea who wrote them - if you know, tell me & I’ll give credit where it’s due!

And I know it isn’t really an ass, but it’s such a despondent creature I couldn’t resist it. 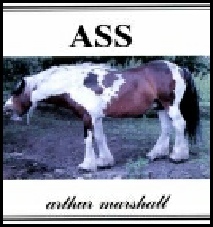 Update RequiredTo play the media you will need to either update your browser to a recent version or update your Flash plugin.